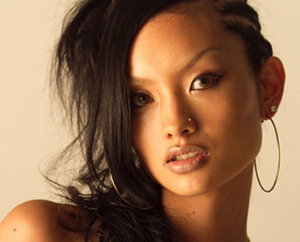 姫 (HIME) is a female Japanese rapper who has released three different albums and is no longer active in the hip-hop scene.